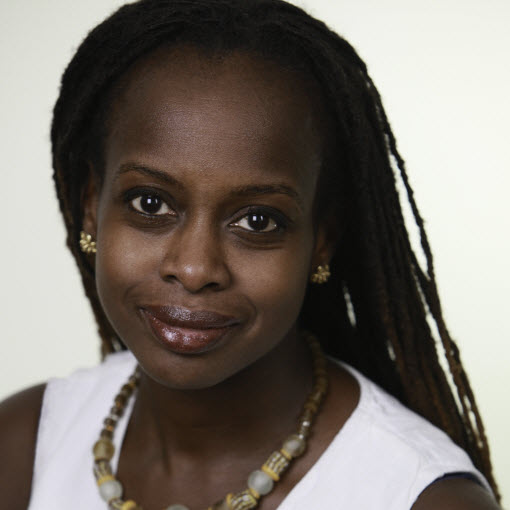 Adeyinka M. Akinsulure-Smith, Ph.D. holds a Doctorate of Philosophy in Counseling Psychology from Columbia University. Originally from Sierra Leone, she is a licensed psychologist and an Assistant Professor in the Department of Psychology at City College of the City University of New York. She has extensive clinical experience working with war trauma survivors, refugees, asylees and asylum seekers, survivors of sexual violence, persons afflicted with and affected by HIV/AIDS, and culturally diverse populations. Since 1999, Dr. Akinsulure-Smith has cared for forced migrants from around the world at the Bellevue/NYU Program for Survivors of Torture.

Dr. Akinsulure-Smith is a proud co-founder of Nah We Yone, Inc., a non-profit organization created in 1997 to proactively respond to war victims from the various communities within the African Diaspora. From 1997-2010, Nah We Yone served over 500 African refugees and asylees and their families in New York City, offering them direct services and referrals to legal, mental health, and social services. Dr. Akinsulure-Smith and her co-founders at Nah We Yone are 2003 winners of New York City’s prestigious Union Square Awards. Dr. Akinsulure-Smith received the Early Career Award from Teachers College, Columbia University in 2005. In 2009 the Hunter College Center for Community and Urban Health selected Dr. Akinsulure-Smith to receive a four-year fellowship in the Research in HIV Intervention Skills for the Community program, funded by National Institute of Mental Health

From 2008-2010, she served on the American Psychological Association’s Task Force on the Psychosocial Effects of War on Children and Families Who are Refugees from Armed Conflict Residing in the United States. Along with Drs. Rasmussen and Chu, she is a founding member of the West African Families Project, a multi-site community research collaboration committed to developing psychosocial supports for West African immigrants in New York. In addition to research and scholarly publications, Dr. Akinsulure-Smith has been integrally involved in human rights investigations in Sierra Leone with Physicians for Human Rights and the United Nations Mission in Sierra Leone, Human Rights Division. In 2010, she was retained by Trial Chamber III to serve as a joint expert on gender crimes and Post Traumatic Stress Disorder for all parties and participants in a case before the International Criminal Court.